Four Japanese dishes for every season One of the most famous dishes from Japan is undoubtedly, sushi which is known by many and can be found in nearly every corner of the globe. However traditional Japanese cuisine is humble in its origin, but Japanese food as we know it now has been influenced by a variety of countries through out the centuries.

As food changes with the seasons, so does some of the local cuisine that is eaten in Japan. Here are some of the delicacies that can be found throughout the four seasons.

When you think of Japan in spring, the most iconic scene that comes to mind is the viewing of the cherry blossoms blooming and the mass of people that flock together every year to celebrate this age old tradition. As people spend a portion of their day sitting under these trees and surrounded by the pink petals of the cherry blossom flowers that have fallen to the ground, they usually enjoy a bento with a beer or tea. 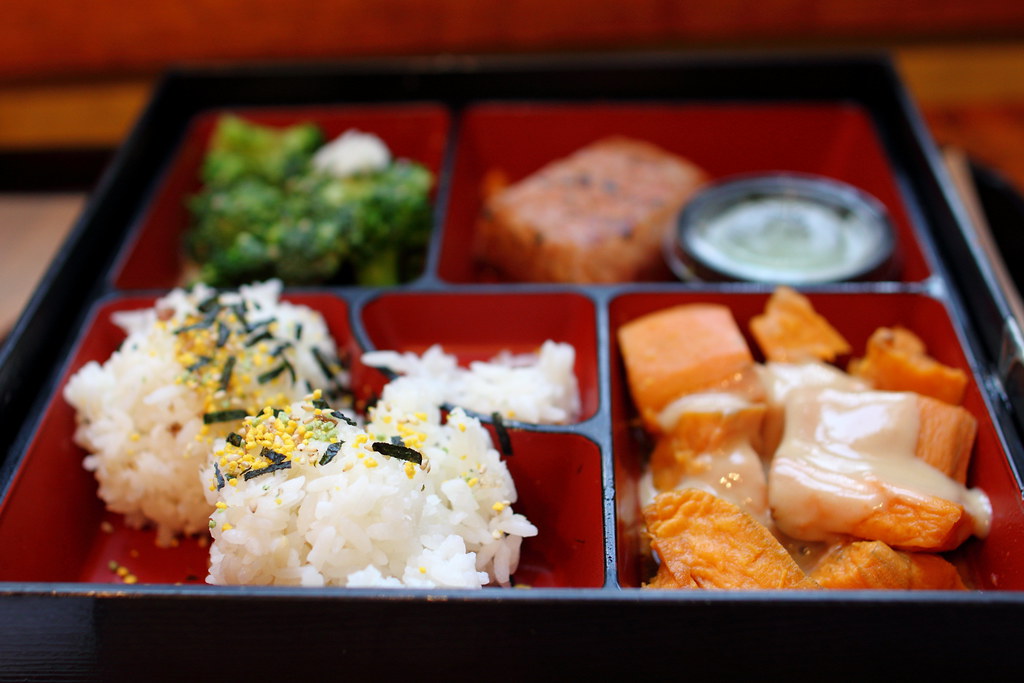 These bento are meals usually eaten for lunch which come in boxes that are divided into sections, made up of rice, fish or meat and some form of vegetables usually cooked or pickled. Some bento boxes consist of one layer but are usually made up of two, generally in the top layer you can find the fish or meat with vegetables and the rice can be found in the bottom. These lunch boxes are typically prepared at home but can also be found ready made in supermarkets or convenience stores.

Summer in Japan is mostly hot and humid with the rainy season lasting for a month. However, after the rain has passed the sky turns bright blue and the sound of cicadas fill the air. People usually travel to the beach to beat the heat or spend time in the mountains enjoying the shade. Restaurants also change their menus and offer chilled dishes or dishes that give people energy during the hot weather. 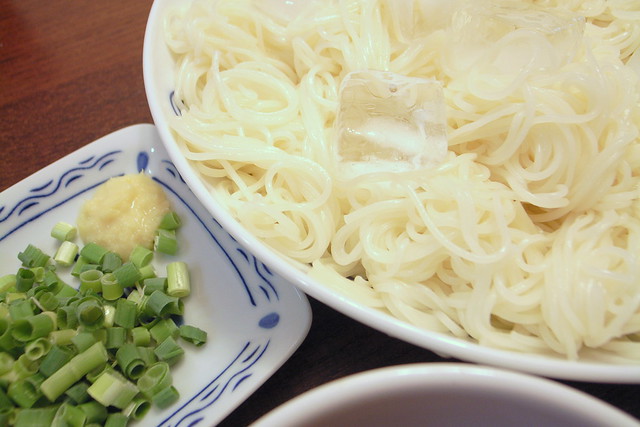 One of the most popular dishes during the summer is cold somen, chilled thin wheat noodles, in order to cool off from the sticky heat. The dish consists of a noodles that come over ice, a dipping sauce made from soy sauce and condiments such as green onion and ginger. These noodles are eaten dipped in the sauce, the taste is simple but at the same time very refreshing.

Fall is another time when the landscape of Japan comes to life with the vibrant hues of red, yellow and orange resonating from the leaves of the ginkgo and maple trees. Food can be enjoyed at its best, with a variety of dishes to choose from that reflect the change in season as well as the pleasant weather. 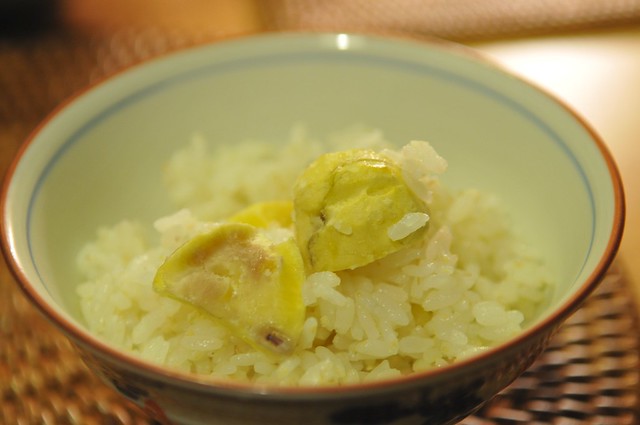 Kuri or chestnuts are one of the symbols of Japanese autumn, and one of the most easiest ways to enjoy it is with the kurigohan, steamed rice with chestnuts. The glutinous rice and the sweetness of the chestnuts make an unusual but winning combination.

Winter in Japan is not typically as cold as in other parts of the world, however in recent years it has been known to snow indipill.com. To evade the coldness and warm up your body, the cuisine changes to offer a variety of hot pot dishes. 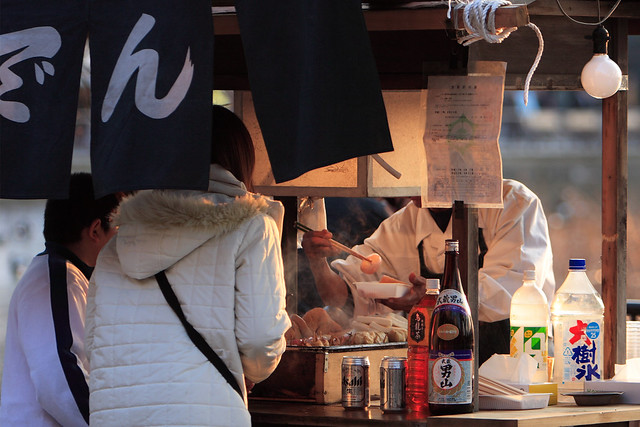 Oden by far is one of the most popular hot pot dishes which can be found in stores and homes alike. It consists of boiled eggs, daikon radish, konnyaku and fish cakes that are all cooked in a delicate soy sauce broth. You can enjoy the sweetness and the warmth of the broth that fills you up accompanied by a cup of sake.